“Radical Brewing” and “Tasting Beer” author, Randy Mosher met with a small group of members from the Berks County Homebrew Club at Appalachian Brewing Company in Harrisburg.  We shared a 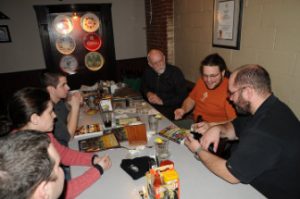 few pints before getting a tour of the brewery from Appalachian Brewing owner and brewer Artie Tafoya.
Holding true to his “radical” nature, Randy shared a variety of sugars and spices from around the globe; from cane sugars from China to Tasmanian pepper berry from Australia.  Especially interesting were the different types of coriander that he shared.  We tasted Iranian coriander, which was peppery and bold, American coriander,  that was slightly grassy, and Indian coriander, the best for brewing, which was delicate with citrus flavors.
Thanks again Randy! 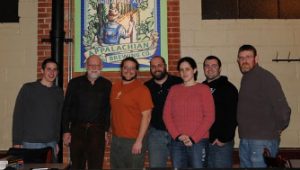